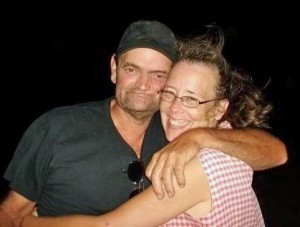 My name is Alicia Currin. I was my husband Lynn’s caregiver during his treatment for Sinus Cavity Cancer.

His fight was long, and hard, and odious, but most of all … it was heroic.

He was first diagnosed in 2005. He went through so much. He had extensive chemo. He had radiation. He even had his teeth removed.

The goal was to shrink the tumor in his face. And it worked, the tumor shrank allowing much quality of life to return.

Then we found out that there was another tumor! This one was behind his jaw bone. It wasn’t growing so the doctors thought it would be best if we just keep an eye on it.

Happily, we had four years of life together. We had beaten the cancer for four “blessed” years. Then, all of a sudden, the cancer started growing again. Aggressively this time.

I remember it so well, it was 2009, my husband was told that there was nothing that the doctors could do. Yet his attitude was amazing. Lynn never let this prognosis stop him.

We took more vacations and spent time with our children and grandchildren. He always had positive things to say, never letting it get him down.

He never became negative. Not even when he lost his voice. To “stay firmly in charge” of his life my husband switched from mere verbal communication to boldly writing down his thoughts, ideas, gossips, jokes, orations, soliloquies, and chattings. He simply and absolutely refused to let cancer stop him from living to the fullest.

We never regretted a single decision made. 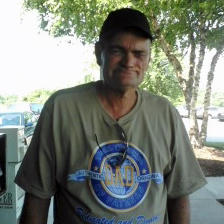 People still talk about how bravely my husband fought. How his attitude remained true and positive, even at the very end. I believe that my husband is proof that life can remain relatively normal, that one can enjoy a lot of life even with Head and Neck Cancer. My husband stayed faithful to his beliefs and his nature. You can too.

So, if you are diagnosed with cancer do not stop living. Do not stop trying. Do not stop being yourself. I know that is hard not to get depressed. It is easy to give up. But I implore you … don’t.

Not only for yourself, remember you never know when you could be positively influencing someone or be making an impact upon another’s life.