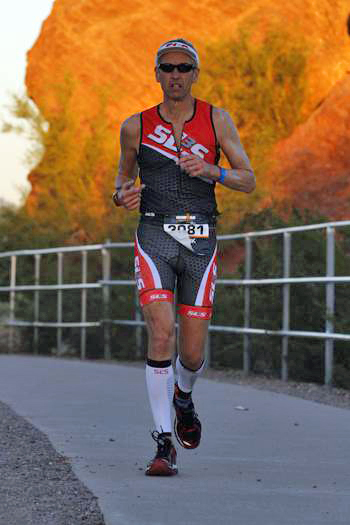 To many people, the process of being diagnosed with cancer, receiving treatment and beginning a recovery would be exhausting. For Mark Phair, it became the inspiration to complete an Ironman triathlon.

Phair, the Vice President & General Manager at the Valero Wilmington Refinery, completed the Ironman Arizona triathlon race on Nov. 16. The event consists of a 2.4-mile swim, a 112-mile bike race, followed by a full 26.2-mile marathon running race. Phair completed the trek in just over 13 hours, a better-than-expected result.

“I really thought I would finish in about 14 hours, so the 13-hour finish was a thrill,” Phair said. “I actually could have beaten the 13-hour mark if I did not have a flat tire on the bike part of the Ironman; I lost about 20 minutes of time.” 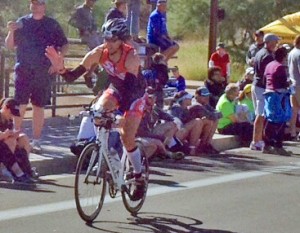 Phair had been into fitness for about a decade, running in half-marathons and marathons and completing Olympic-level triathlons, but had never done anything at the Ironman distance before being diagnosed with cancer in June 2013. He had noticed a bump on his neck, and went to the doctor to get it checked. A biopsy confirmed that it was squamous cell carcinoma, a type of cancer that affects the tonsils and throat. Phair underwent two surgeries to remove tumors and endured chemotherapy and radiation treatments. All the while, he kept exercising.

“My doctors always stressed exercise as part of the healing process,” he said. “Exercise improved my outlook and made me feel a lot better.” 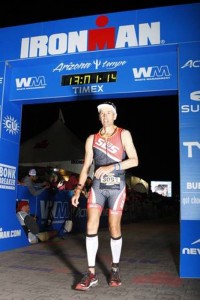 By May 2014, he was ready to start training for the Ironman Arizona race. A typical weekly workout consisted of two hours of swimming, seven hours of cycling and 4 hours of running. He entered the race (“Ironman puts on a great event and the support is incredible,” he said) and his good result has encouraged him to plan for next year’s race.

Phair credits his recovery and his success to his family, particularly his wife. “There is no way I could have done it without their help,” he said. “Also, Valero has afforded me the ability to pursue this activity. Valero’s emphasis on fitness and taking care of myself was an enabler for making this Ironman happen.”